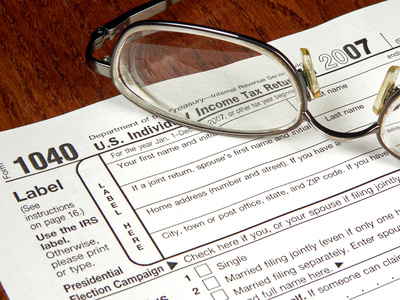 While the title of the the article rhymes, the proposal is far from entertaining

On page 1 of the Fiscal Year 2012 Budget of the U.S. Government you can begin to read The Budget Message of the President. In the preamble he discusses the recession and the fact that due to fiscal realities we face hard choices.

On page 4 the President proposes a 30% cut in itemized deductions for high-income taxpayers to use to pay for a fix to the Alternative Minimum Tax. What this means is that the mortgage interest deduction is being targeted again in the same way that it was in the 2011 Budget when its elimination was defeated.

As has been discussed in many quarters, the real estate market is facing a multitude of headwinds compounded by a recent move up in mortgage rates and the proposal to shrink the role of Fannie Mae and Freddie Mac.

This shrinkage, ala Seinfeld, would force borrowers to rely more heavily on private mortgage lenders who have shown a great reluctance to lend in the past to any but the most stellar of borrowers. This, although they had received 10’s of billions of dollars from the federal government for that very purpose.

One of the things that the country needs most to get out of the economic doldrums we find ourselves in is to clear out the buildup of housing inventory and get the real estate market back on its feet.

Slicing the mortgage interest deduction would not accomplish this and would in fact take buyers out of the market. Positioned as a hit to the wealthy, this proposal would in reality impact those up and down the income scale!

For free email or feed delivery of new articles published by The Hallmark Abstract Sentinel the easy sign-up forms are below:

Welcome to the ‘Do You Ever Wonder?’ podcast with your Host Mike Haltman, CEO of Hallmark Abstract Service. This is the podcast that will answer our listeners questions about many of the things in our lives we've always wanted to know more about but, may not have had the expert to ask! Simply click on the picture above to learn more.